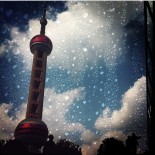 Please Kan-Kan we have some more cinema? 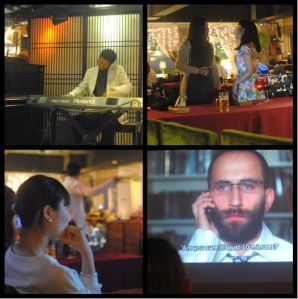 You know how Stewie in Family guy is “all about” ultimate frisbee? I’m the same way for Film Fests. Bloody love ’em. And you know how some people who really love food in a sort-of academic but passion-filled way are called foodies? Well I’m a filmie. Again, bloody love it. But I’m not a blockbuster/rom-com/Disney kinda gal, so I ain’t never –even ONCE!– been to the cinema here! So, being a filmie in Shanghai I tend to get my cine-fix in a few different ways:

1) DVD cart guys. Some good (weird obscure movies you’ve never heard of with questionable quality, or left-field stuff you have heard of but wouldn’t expect to be pirated and peddled in China. I once found a guy who had an entire series of My Big Fat Gypsy Weddings, for NINE KUAI which was insanely marvellous) and some bad (nothing but 300 copies of either SATC 2, True Blood or Dexter. All filmed off an iPhone. Meh). I call this ‘pot-luck’ cinema.

2) Bar Film Nights. Of course you’ve got the smoky dinginess of Dada’s Sub Cinema night. Drinks are cheap, the pirate DVD from the local DVD cart guy  is cheaper and the movie selection leans toward the “sort-of-ironic-culty studenty vibe”. It’s pretty relaxed and they don’t mind if you talk over the movie, because let’s face it, we’ve all seen Whatever Happened to Roger Rabbit? when we were 8 anyway. Slightly more grown-up grown-ups can find a classier cine-fix at Vienna Cafe in Tianzifang, where artsy-types sip ponderously on their Merlot as they mull over a more adult (NOT porno, bad choice of words) selection of movies. That’s quite nice in a civilised, non-pornographic type of way. I call this ‘watching films you’ve already seen or could see at home, but in the company of fellow cinephiles’ cinema.

3) The Image Tunnel. Infuriatingly, I believe this brilliant-sounding cinema club to no longer exist. I put it here in the hope a reader will correct and point me in it’s direction because it sounds ACE. Just read this. Read it? See? ACE. So I periodically try hunt it down both online and off, to no avail… boo hoo, sob sob. I call this ‘no cinema’ cinema.

But when I discovered the Kan-Kan Cinema Forum way back in December in the lovely 1984 Book Cafe (they have some very fluffy cats there! Eeeeeeeeeep!) I was so cine-happy. It felt like how I’d feel if someone would only replace the shower in my apartment with a bath-shower combi. I miss taking a bath, you see, and I’d missed seeing films like theirs. I was cosy and warm, soaking in a bubbly scented pool of independent cinema. Ahhhhhhhhhhhhh.

And last night’s opening for the new Kan-Kan Cinema Forum season was no disappointment. At the Melting Pot, Kan-Kan media’s Paulina Salas Ruiz (herself a film-maker) explained that every two weeks on Wednesdays the season would bring us cinema that “you can’t buy in the store” (and presumably the DVD cart). She assured us that as usual with Kan-Kan Cinema Forum we would hear more from the “emerging artists” making the films via Skype link-up after the screenings. AND there were lovely french pastries as well. I’ve got to admit, I’m cine-excited.

One comment on “Please Kan-Kan we have some more cinema?”

This entry was posted on May 7, 2013 by Haley Roe in Do, New and tagged Cinema, film, forum, Independent, Kan kan, media, Melting Pot, movie night, Shanghai, things to do.

Watch the blog for upcoming posts on:

... and don't forget to drop us a comment or suggestion of somewhere you'd like to see here!